Clifden’s own craft brewery, Bridewell Brewery has brewed two limited edition bottled beers in 2019 to celebrate the one hundred year anniversary of the First Non-Stop Transatlantic Flight that landed near Clifden in 1919.

During their perilous flight the pair reportedly survived on sandwiches, chocolate, coffee and beer.

Pilot is a Transatlantic Gold inspired by American Golden Ales but brewed with the European equivalent of each ingredient.

Navigator is a Transatlantic Brown inspired by American Brown Ales and similarly brewed with European ingredients.

Both beers are available in and around Clifden during the summer of 2019 and especially during the Alcock and Brown 100 festival. 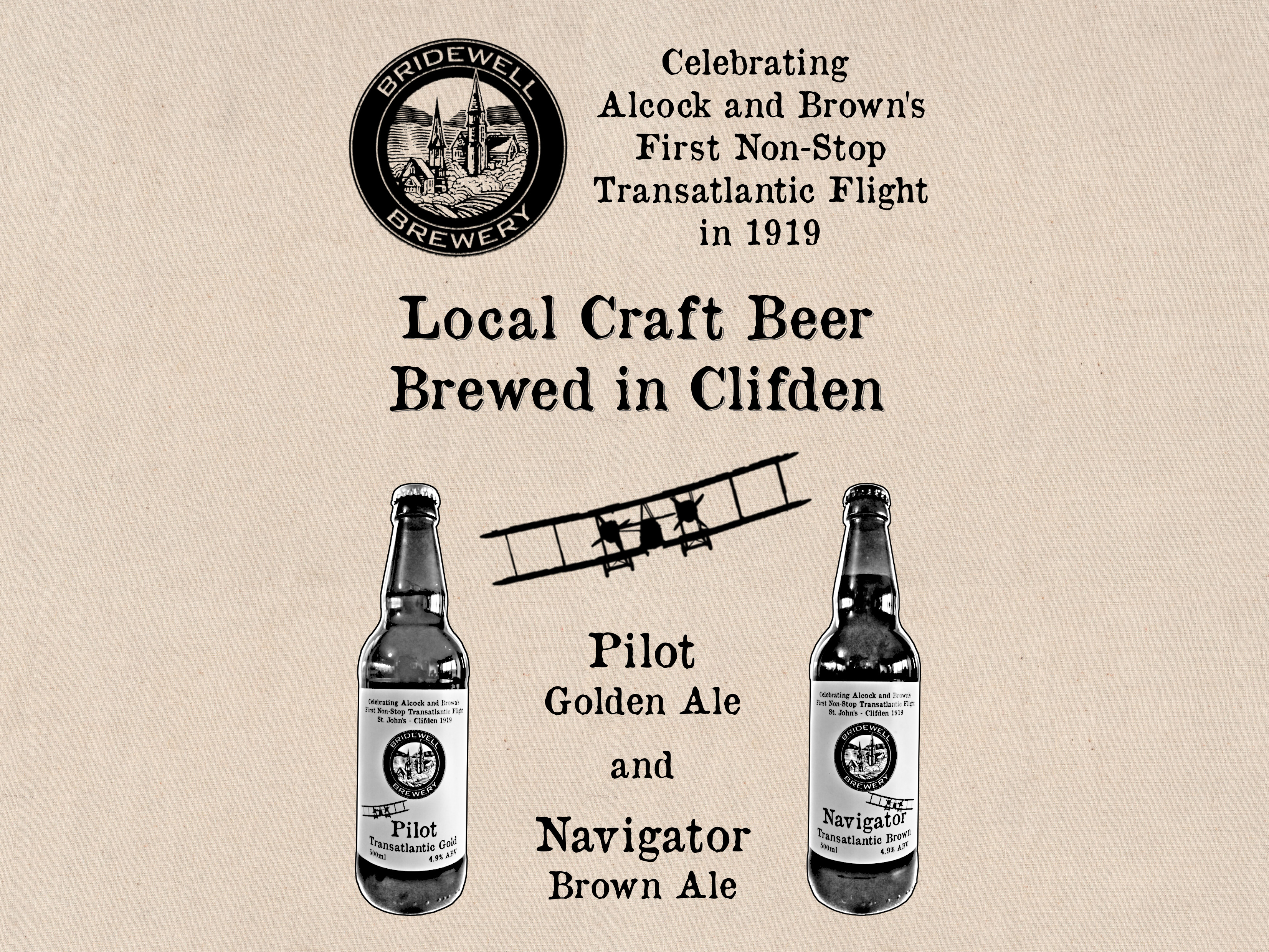